The Right to Not Get Shot Shall Not Be Infringed 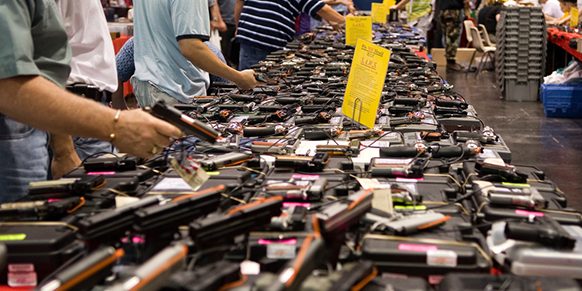 I’m writing this on a Wednesday. I believe this newsletter will be distributed on Thursday. So, I will take this opportunity to proactively offer my love and support to all who will become victims and survivors between now and the time you eventually read this. It’s come to that.

I want to be thoughtful, respectful, and action-oriented as I reflect on recent events. But all I can summon right now – aside from heartbreak – is deep disgust. I am disgusted by American gun worship, and I am increasingly convinced that it will take more than good laws or evidence-based public policy to reverse entrenched, entitled attitudes toward ubiquitous gun ownership. If we ever wish to eliminate senseless killings, we must change the hearts and minds of millions of Americans who have internalized the myth that more firearms make us safer. They do not. We are dying on the order of 110 per day, sacrificing ourselves to a blood thirsty industry that profits from our gruesome demise.

Those of us who try to champion rationality through reasonable solutions (think safe storage, background checks, red flag laws, raising the age, etc.) are constantly met with organized resistance in the form of Second Amendment “absolutists,” an absurd interpretation of 27 obtuse words that were drafted at a time when no one could have conceived of the types of weaponry civilians now access routinely.

To be sure, we will not solve this crisis in the absence of good gun laws. However, good gun laws in the absence of a collective will to end the carnage cannot be effective. Guns kill. More guns kill more people. More people with more guns will increase the likelihood of more mass murders, more hate fueled violence, more blood, more brutality, more unleashed rage.

After each mass killing, the media dissects the killer’s past. Maybe he had a history of violence. Maybe he did poorly in school. Maybe his abusive, negligent parents gifted him an AR-15 for his 15th birthday. Maybe he was a loner. Maybe he was fired from his job. Maybe he played violent video games. Every time the scenario is slightly different, and the pundits love to tell us if only X, Y, or Z had happened differently, the bloodshed might have been prevented. But the televised pontification always airs too late. What good is retroactive omniscience anyway?

We will not end the bloodshed until we eliminate the illogical narrative that we are entitled to wield tools specifically designed to murder scores of our neighbors. We must redefine American exceptionalism in a way that guarantees that our right to exist without getting shot shall not be infringed.